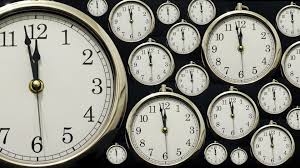 Nothing quite ranks you in sales like your closing technique. Saying just the right thing at precisely the right time is critical to sealing the deal and getting that solid foundation for a good relationship with your new client. Not to mention that it doesn’t matter how good you are at everything else if you can’t close the deal.

Don’t feel like you’re alone in this. I believe that most salespeople have some level of anxiety about the close. But from that anxiety comes relief, pride, even success when the deal goes as planned and you get the sale you were working toward! It’s these feelings that drive us.

Now, let’s go over a tried and true technique that has proven itself time and time again!

Sometimes it’s best to be Traditional.

Most traditional closing techniques are as you would expect, traditional. There are mind games a salesperson employs, and subtle warnings meant to encourage your prospect to hurry along and make that YES or no decision.

For example, you have that well-known car salesman line of the “last one on the lot,” or one of my favorites, “If you can sign up today, we are running a special. But today’s the last day!”

And there is most definitely a reason why this traditional method gets used after all these years even though everyone knows what you’re doing. To put it in simple terms, it works. It calls on us to hurry up and get that deal before it’s gone, to satisfy the urgency that we feel to save the money or get the last one.

To be skilled at closing a deal is probably the most technique that a salesperson can have. What technique do you use?

Why you should implement Call Tracking with Visual Visitor today!
Scroll to top